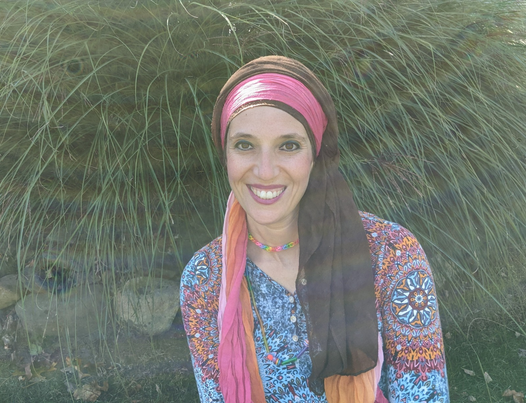 For years I felt stuck in my job as a Recruiter. I liked helping people find a job that suited them, and it was not enough. I craved more. I wanted to have an even more significant impact – though I had no clue how. I had no way out, no way to pay my bills while also pursuing what I truly desired: working, on a deep level, to help people break through negative beliefs and the barriers holding them back.

I had previously been introduced to various alternative medicines. My first introduction was the most personal. In 2003 when my mother had surgery to remove an ovarian cyst, doctors found stage three cancer. They told her she had four years to live. My parents pursued conventional chemotherapy, which my mom favored, though my father explored – and introduced us to – numerous types of alternative medicines.

My mother died in 2007. In the end, the progress my mom experienced from alternative interventions could not hold. Chemo had destroyed her stomach. She lived four years after the diagnosis – exactly as long as the doctors told her she would. This confirmed for me the power of one’s mindset! In 2017 I worked with a therapist who taught me that we are made up of energy and give off specific vibrations. This sparked my interest; I wanted to know what I could do to increase my vibration, which led me to Binaural Beats. Nine months later, in 2018, I became a Certified Level II Reiki Practitioner.

That December, I had been driving my children to school. There was more traffic than usual that morning. I got out of my car to see what was going on as traffic was at a stop. I saw a deer foaming from the mouth, hurt in the middle of the road. I returned to the car to tell the kids I would give the deer Reiki. I told them to sit tight and to pray for the deer. I left the car and walked up to the deer-however she was scared and tried moving away from me. I immediately moved back to a comfortable distance for her and sent her Reiki. As I saw her settling down, I slowly moved closer and closer to the point where I could lay my hands on her head. The foaming stopped, and she seemed more at peace. A police officer had arrived at the scene and asked me to stop what I was doing- she was going to kill the deer. I asked, “if we could move her off the road and onto the grass would she let her live?” The police officer did not think we would be able to do it though she agreed. We found enough people to pick her up as I continued to give her Reiki and carried her to the grass. My kids were amazed, as was I. I walked away from this experience, knowing this is what I wanted to do, that I was made for energy healing and helping others. It took a little over three years for me to get there.

In March 2021, “The Emotion Code” popped into my head, clear as day. Was this a book I had heard about? I looked it up, found it, and bought it. Apparently, I had been told about it during a phone call with someone. When I started reading the book, I learned how unprocessed emotions become Trapped Emotions in both people and animals. I also learned how to release these trapped emotions. This filled me with excitement – it spoke to my soul! It truly felt like the answer to my prayers, and I knew this was what I was meant to be doing! I signed up for the course immediately and LOVED doing the work with all my volunteers. I became a Certified Emotion Code Practitioner.

Through The Emotion Code®, I learned of Dr. Bradley Nelson’s second modality: The Body Code™, a patented energy balancing system intended to help uncover root causes of discomfort, sickness, and suffering in mind/body/spirit. I knew I needed to offer this as well, and I soon became a Certified Body Code Practitioner.

The passion and desire I have, to help others has become my practice: Release & Realign Wellness LLC, and it has led me to be a part of Ascension Healing Arts Center. My focus is working with animals that have emotional and health concerns, in addition to helping women who survived childhood trauma overcome the effects of trauma.

To learn more about my work with animals, you can visit: