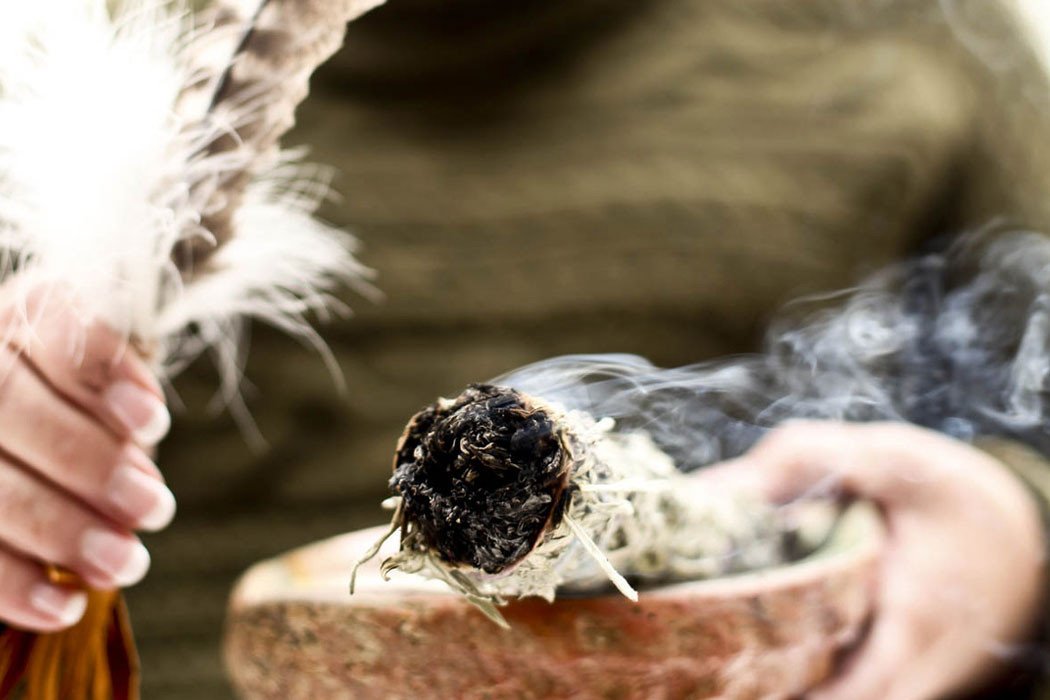 Smudging has been an ancient practice of many indigenous people around the world for centuries. The traditional method of smudging is the burning of sacred herbs to produce a smoke cloud. The emitted smoke from the herb bundle is then used to cleanse negative energy, purify living spaces, as well as people and even objects like tools, furniture, and home decor. Traditionally, smudging was used in various cleansing, prayer and purification ceremonies and healing rituals.

Cleansing a space or our bodies with smudging clears away emotional and psychic “waste” stored there. Imagine over hundreds of years worth “waste” waiting to be eliminated. It’s like spiritual detoxification. The aroma of sage (a common herb used in smudging) increases the oxygen supply to the brain, producing a relaxation of muscle tension. In addition, the smoke from some herbs actually changes the molecular structure of air and energy, producing a cleansing effect. The sense of smell is connected to instinct and memory, so burning smudge sticks have been found to be a very effective aromatherapy for combating feelings of depression, anger, fear, frustration, resentment, and grief.

This energetic sauna of aromatic smoke releases negative ions which creates a positive mood. Negative ions are odorless, tasteless, and invisible molecules we inhale in abundance in certain environments. They are created by the sun and water. Think of how you feel near mountains, waterfalls, and beaches. Once negative ions reach our bloodstream, they produce biochemical reactions which increase levels of serotonin, helping to alleviate depression, relieve stress, and it can even give us an energy boost.

In our modern society of computers, TVs, smartphones even household appliances carpet and upholstery – our homes have become “positive ion prisons.” For this reason, negative ions from smudging is beneficial in counteracting these effects. Scientific research has found burning smudge sticks has the ability to cleanse the surrounding air of harmful bacteria. So instead of grabbing the Lysol spray consider a home clearing.

Some Known Benefits of Home Clearing:

When Is A Good Time To Get Home Cleared:

The smudging should be a part of our regular deep cleansing routine. You may also want to do it when you’re feeling gloomy or have been surrounded by negative energy or after group gatherings.

Go to DonnaLakes.com to set up your home clearing today with Angela or email donnamlakes@gmail.com with your contact information and someone will contact you for booking. Pricing for clearing range from $120 -$150.